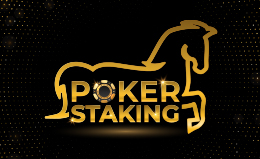 Players who visit WPN sites can now get in the action without playing a single hand of poker. That’s because the Winning Poker Network’s new staking feature gives everyone the power to buy a portion of another player’s buy-in at a Multi-Table Tournament (MTT). Players also have the ability to sell a portion of their buy-ins.

With staking, anyone can have a chance at a huge score without mastering the intricacies of the game or spending countless hours playing in MTT’s. In fact, players don’t even need to know the basic rules of poker to win big when they take advantage of the staking feature.

Staking is also a boon to established and up-and-coming players, who can now sell a part of their buy-in to lower the cost of entry and variance of playing in MTT’s. Popular players can even mark up the cost of the stakes for added profits as their adoring backers ride their coattails.

Affiliates will find staking to be an invaluable tool for boosting their sign ups and revenue. With the addition of the staking feature, WPN’s big poker tournaments now appeal to players and non-players alike, helping affiliates cash in on a broader range of prospects.

More information about Staking can be found by visiting any WPN site.