Players can become the ‘Next Moneymaker’ and win a $105,000 sponsorship package 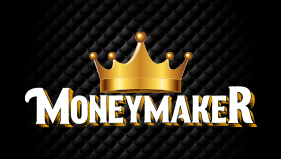 Normally when we are writing one of these articles, we are highlighting an upcoming tournament like the Venom or a tournament series like the OSS Cub3d or High Five. While we do have a new promo that we’re gonna tell you about, we want to start with some amazing news.

Chris Moneymaker, the man who won the 2003 WSOP Main Event and ignited the online poker revolution in the process, is the newest Team Pro at Americas Cardroom. He is now the face of the Winning Poker Network’s flagship site.

The addition of Moneymaker is huge for many reasons, but from an affiliate perspective, he adds even more confidence for any of your players who are thinking of signing up at Americas Cardroom. He also adds instant credibility to the other WPN brands.

You’ll want to tell all your players about the addition of Moneymaker and also about the promotion that’s running on ACR to celebrate his arrival. Players can become the ‘Next Moneymaker” and win $105,000 for just pennies.

All they have to do is play in special 1 cent poker tourneys from April 12th to July 4th. There will then be 30 qualifiers per week (360 total) who will play in the multi-day final tourney from July 11th to 25th. The winner gets the $105,000 sponsorship package which includes $25,000 cash and $40,000 in buy-ins for both live and online tourneys.

The addition of Chris Moneymaker to Americas Cardroom is probably the biggest news that will happen to the network in 2021, although we’re still aiming to top it!