Keep your momentum going with the $12 Million OSS Cub3d Encore 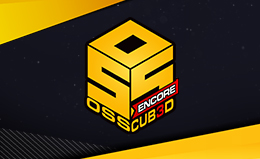 If you’ve been having success promoting the $25 Million OSS Cub3d with the MOSS, OSS and BOSS, then we have some tremendous news.

The OSS Cub3d Encore consists of 143 additional events that total over $12 Million in guaranteed prize pools.  Included is a $1.5 Million Main Event that has a $215 buy-in. It has two Day 1 options on Saturday, March 19th and Sunday, March 20th. Surviving players will then battle it out on Day 2 on Monday, March 21st.

This is all part of our WPN marketing effort to make sure we have big promotions for you 12 months a year. In fact, we just had a great response from our land-based Uruguay promotion that we recently ran. You can expect more news about the next South American getaway coming soon!

So, promote the $12 Million OSS Cub3d Encore now and keep heating up those profits through the end of winter!