Another millionaire will be crowned in $10 Million GTD Venom 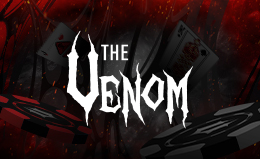 If you’ve ever watched the hit television show Shark Tank, Lori Greiner (one of the sharks) is famous for saying “I make millionaires, that’s what I do”.

Well, we could say the same thing here at the Winning Poker Network. We’ve crowned seven millionaires in five previous Venom Hold’em tourneys and the next one returns on Friday, January 21st.

There will be another $1 Million winner for first place and the $10 Million total guarantee ties the record for the biggest tourney in the history of our network.

Here’s a look at the previous $1 million winners in the Venom: The last one (also $10 Million GTD) finished up in early August.

The Venom costs $2,650 to get into, but there are many ways for your players to get their seat for far less. We’re talking just pennies through Venom Blitz Satellites and Skips, or even free via Steps and Freerolls. There are also hundreds of seats available for a fraction of the cost through Venom Fever and Mega Satellites.

And your players will find the time to play no matter where in the world they live. That’s because there are four Day 1 options in January (21st, 23rd, 28th and 30th).

Finally, there’s one new selling point about this Venom. It’s the first one with our Staking feature available. Staking allows players to buy a portion of another player’s tourney buy-in, getting them in the action without playing a single hand. Players can also choose to ‘get staked’ and lower the cost and variance of playing in the Venom.

Get the word out now about the $10 Million Venom and watch your signups and profits soar. Who knows, maybe our next millionaire will come from you!